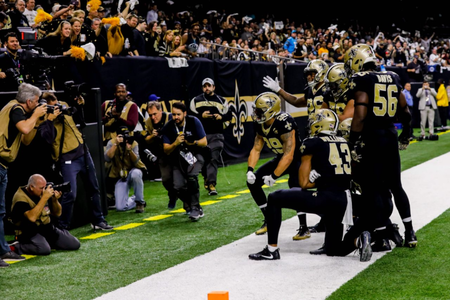 As with the AFC Championship, No.1 and No.2 seeds in the NFC clash on Sunday for the right to play in Super Bowl LIII in Atlanta on Sunday, February 3.

The New Orleans Saints and Los Angeles Rams earned the two-best regular-season records in the NFL, each recording 13-3 marks, but it is the Saints who have the No.1 seeding and therefore host the NFC Championship game for the first time since they won the Super Bowl XLIV nine years ago.

The teams met at the Superdome in Week 9, with that early November clash going 45-35 to the Saints. It was the Rams’ third successive defeat by the Saints on the road and in the last 51 years of playing games in New Orleans, they have never lost four consecutive trips.

Those who love stats and conspiracy theorists will point to the fact the referee for the game is Bill Vinovich, who officiated their previous clash when there were only six accepted penalties in the game, with four going against the Rams. The Rams are also 0-8 in games in the last six years when Vinovich has been the referee.

The Rams have not been in the Super Bowl since losing 20-17 to the New England Patriots at the end of the 2001 season, a game ironically played in New Orleans. They seek a fourth title, having won the 1945 and 1951 NFL Championship, before winning their first Super Bowl at the end of the 1999 season. ...

Yesterday at 10:51 PM
Dan in Lafayette

Yesterday at 1:39 AM
Andrus