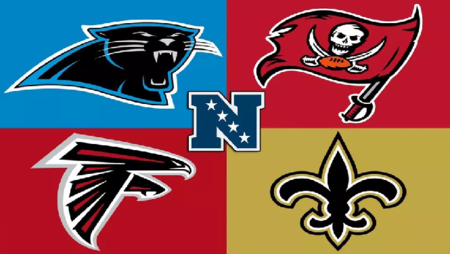 As far as the NFC South is concerned, the Saints are the runaway favorites to clinch the NFC East title with most top-rated sportsbooks. BetOnline is offering the Saints as the -175 faves to repeat as divisional champions. The rest of the field is trading in plus-money obscurity and a good distance off beginning with the Falcons at +350 to the Panthers at +500 and the Bucs at +1200.

That the overarching outlook for the NFC South is rather grim isn’t all too surprising. Consider last term the Falcons, Panthers, and Bucs were ridiculously underwhelming with all sporting losing seasons. Falcons and Panthers finished with seven wins while the Bucs mustered up five wins. Yikes.

The Saints finished with a whopping 13 wins and reached the NFC Championship final. Not surprising they are projected at a whopping 10.5 wins for 2019 with both the OVER and UNDER opening on -110 (Table 1). In fact, all four teams opened with juice at -110 for both their OVER and UNDER options in season win total betting.