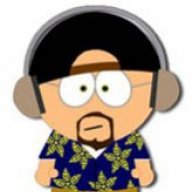 Payton's team rode the Cowboys to a 17-0 lead and before it was over, found itself staring down a 27-23 deficit at the two-minute warning.

Jenkins, selected in the first round of the 2009 draft to be the Saints' next star defensive back of the future, made the play of the day and one that could springboard New Orleans to another magical run. The former Ohio State star, who appeared in 14 games his rookie season and has made 10 starts in 2010, tracked down Cowboys wideout Roy Williams late in the game and stripped him of the football, giving the Saints possession deep in their own territory with a few minutes to go in the contest.
Click to expand...

I really like the fact that it's an original piece; not some re-hash from ESPN or NFL.com.

I also like the writer's coverage of the rest of the NFC South.