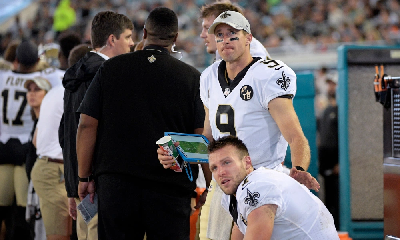 How did the NFC South race shakeup with the New Orleans Saints sidelined for their bye week? The Buccaneers, New Orleans’ chief competition for a fourth consecutive division title, won their game handily, and the Falcons pulled off a surprising road win. But the Panthers were overwhelmed by the still-rolling Chicago Bears.

Here’s what the NFC South standings look like after Week 6, with division records listed in parentheses.

Tom Brady’s Buccaneers stunned the undefeated Green Bay Packers in a blowout, playing their best football on defense in a 38-10 win. Packers quarterback Aaron Rodgers was intercepted twice and sacked five times. On offense, Brady was efficient but unspectacular — he completed 17 of 27 attempts for 166 yards and a pair of touchdown passes. At this stage, it looks like Tampa Bay will go as far as their defense can take them.