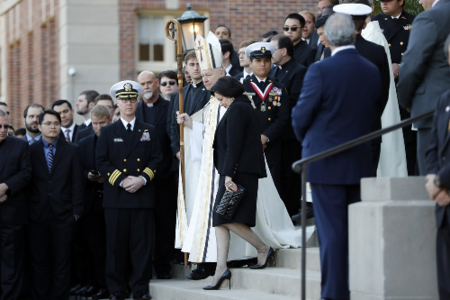 NEW ORLEANS (AP) — The New Orleans Saints are going to court to keep the public from seeing hundreds of emails that allegedly show team executives doing public relations damage control for the area’s Roman Catholic archdiocese to help it contain the fallout from a burgeoning sexual abuse crisis.

Attorneys for about two dozen men suing the church say in court filings that the 276 documents they obtained through discovery show that the NFL team, whose owner is devoutly Catholic, aided the Archdiocese of New Orleans in its “pattern and practice of concealing its crimes.”

“Obviously, the Saints should not be in the business of assisting the Archdiocese, and the Saints’ public relations team is not in the business of managing the public relations of criminals engaged in pedophilia,” the attorneys wrote in a court filing. “The Saints realize that if the documents at issue are made public, this professional sports organization also will be smearing itself.”