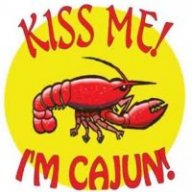 Offline
This is my 1st thread. I hope you all enjoy it.

The NFL filed a motion in U.S. District Court on Friday in hopes of having a special investigator appointed to oversee attorneys and doctors representing the players who agreed to a $1 billion settlement with the league over concussions.

The motion, which was obtained by CNN's Homero De la Fuente, alleges there has been "deep and widespread" fraud committed by lawyers, doctors and players in response to complaints that payments have not been made fast enough.

Specifically, the league alleged a law firm representing more than 100 players "coached" them on how to answer questions during their neuropsychological evaluations.

The league also alleged a neurologist submitted 21 medical reports on retired players that featured identical vital signs for all of those examined.
Click to expand...

It doesn't sound to me like the NFL really cares about former players. It sounds like lip service to me.

"Unlike other NFL benefits programs, this settlement is overseen by the court, and the league cannot escape its responsibility," Seeger said. "We will make sure that former NFL players and their families receive every benefit they are entitled to under this agreement."
Click to expand...

Offline
Maybe the special prosecutor will give a gold star and a handshake to the Saints for being thrown under the bus so the NFL could mostly dodge the lawsuit to begin with.

I don’t see where the NFL is wrong. If it’s true that there are 20 cases where the exact same vitals are being used, it shows that a doctor or lawyer somewhere has found a successful case then just copied it and is working the system. While I agree completely that the guys who are suffering should be taken care of, if this situation is proven then what is happening is fraud.