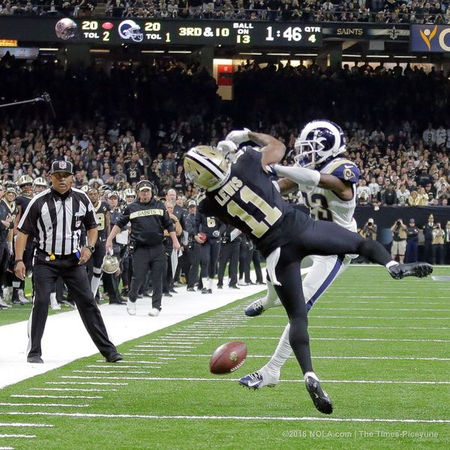 The NFL has claimed in a court filing that league commissioner Roger Goodell does not have the authoritative power to order a replaying of the NFC Championship between the New Orleans Saints and Los Angeles Rams.

The court filing also says all decisions made by game referees are final.

The filing is in response to two individual lawsuits on behalf of Saints season ticket holders and the “Who Dat Nation” after a controversial non-call by game officials allowed time for the Los Angeles Rams to win in overtime and advance to the Super Bowl.

While Goodell does have authority to make corrective action if a “calamity” occurs that is so “extraordinary unfair or outside the accepted tactics in professional football,” the filing makes clear that the league does not believe the missed call by game officials falls under that category.

No game in NFL history has been replayed, the filing says.