Another 7-9 record this season -- should the Saints lose Sunday against the Atlanta Falcons -- could give them a similar position this spring.

In sorting through the various strength-of-schedule tiebreakers in those scenarios, it appears the Saints (7-8) would hold the 10th pick in the draft if they lose to the Falcons, and if five other games go a certain way.

So the highest the Saints can pick is 10th if they lose, and 15th if they win. I'll take the win against the Falcons! To me it's worth the 5-8 spots between 10th and 18th (highest/lowest either way).

I don't really fault anyone that disagrees since we are out of the playoffs, but I can't help myself. I really love beating the Falcons that much!

Offline
I feel you Andrus, and, outside of winning the Super Bowl, there are no (or few) victories as satisfying as torching the Falcons. They are just our team to hate.

That said, and as satisfying as it is to hand it to them, I'll take the long term winning strategy over the short term emotional high.

And yes, while some argue that the draft is a crapshoot (hope that word is okay), we can and should all hopefully agree that, in theory, there is and should be a difference in quality between the 10th and the 15th pick.

I can only imagine beating Atlanta, enjoying the W, and then several months later on draft day, sitting at the 15th pick, we see a perfect pick, a HUGE need, sitting at the 10th pick and unlikely to fall to us. So what do we do? We trade up. We trade our 15th, along with our 2nd rounder, for example, to move up in the draft. So in effect, we gave away a 2nd round draft pick all in the name of beating Atlanta. Well, gosh, even as I type that, it still sounds good!!! LOL. See, that's how fun beating the Failclowns can be!

But being real, and if it really came down to that exact scenario, and given two choices:

Mind you, I'm just presenting a make believe scenario, and I personally HATE trading up. But as it's something we've been prone to doing, we should consider the possibility. So in that scenario, I can only hope that all fans, while painful, would choose option 2, as it doesn't result in giving up a 2nd round pick. I mean, as fun as destroying the Failclowns is, that short-term enjoyment and satisfaction certainly isn't worth a 2nd rounder. Right?

Offline
Or in summary, near the end of each losing season, the fan base seems to perpetually entertain the question of "lose on purpose" vs "play to win the game".

I'll take the higher draft picks. And yes, we've heard all the arguments of the draft is a crap-shoot. Fine. But at the end of the day, when sitting at 15, we'd all prefer to be at 6, or 8, or even 10. So what was worth going from 6 to 15? Winning two or three "useless" games?

Some would argue, yes, that was worth it. The fan base enjoys the W. Ratings stay higher on TV. Certainly, the business model of the NFL does better when teams are seemingly making an effort. And they'd also give the famous argument of "momentum going into the off-season". Cool. I simply respectfully disagree. Professionals making millions? Momentum that is somehow going to continue, through an off-season and shockingly be there seven months later, especially with all the new faces on the team? Really? I've never bought the idea. Yes, it feels great to get a W. Gimme the Ws when they count. When they don't count, give me things that measurably help our future. Give us more opportunities to draft players. Get a higher pick. Trade DOWN and give up that 10th for the 15th and someone other team's 2nd rounder. The Pats seem to do this yearly with great success. I just hope we can duplicate a little of that.

Alas, this opinions are simply what they are, opinions. Some will agree, while others will disagree. And, inevitably, at least based on a historical track-record, we'll end up winning out when it doesn't matter.

Offline
I don't think it's as easy as saying, "let's just lose the game". These last few games are really important times to evaluate the roster and see what you have in several players. Guys are still trying to play for a spot on the team, or a bigger contract in the offseason. There's not a lot of players that just want to stop giving effort.

Offline
Oh yes I really want the team to win. I don't care too much about draft position. Sometimes the best players don't come until the later rounds. 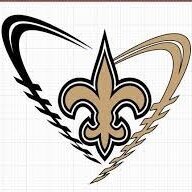 Offline
In the big picture, that being the Saints 'overall' wins and losses versus each individual opponent, it would be great to have a winning record against each one. However, and unfortunately, of all our 31 opponents, my guess is that we lead the overall series against maybe 3 or 4 teams. This is mostly due to our first 20+ years as one of the least winning teams in the league. However, since the Jim Mora era, I think we have slowly climbed back up this overall competitive ladder.

With that said, I think it would be really nice to finally get to the .500 mark against the Falcons. I don't know off hand what the overall 'W-L' mark is right now, but the last time I seen it I think we were about 10 games under .500. So with this mindset, forfeiting this weeks game is not an option.

Offline
All I ever want is a win over Atlanta. If we lose, at least the draft selection will take the sting away "some"

Offline
Eagles Panthers Cardinals. Must win for best pick for Saints.Should the Saints lose. Cardinals have a tie so if they get to 7 wins Saints get pick before they do. I'm betting Panthers may have had a better strength of schedule. They play the Bucs. Eagles play Dallas. Not gonna happen.

Andrus said:
So the highest the Saints can pick is 10th if they lose, and 15th if they win. I'll take the win against the Falcons! To me it's worth the 5-8 spots between 10th and 18th (highest/lowest either way).

I don't really fault anyone that disagrees since we are out of the playoffs, but I can't help myself. I really love beating the Falcons that much!
Click to expand...

Good post! What really hit me was that 15 teams will finish between 7-9 and 8-8. That's parity. 1 or 2 real stud difference makers on 15 teams and they would all be in the SB hunt. It's tough in the NFL

Offline
Atlanta's offense is firing on all cylinders right now. Looks like this game has the potential for high scores and record offensive record breaking stats by both teams. I hate Atlanta as much as everyone, but I'm completely fine with a better draft pick 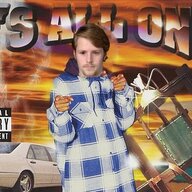 Offline
Higher draft pick. Trade down and get a ILB, CB or OG, and DE. Doneski.

Offline
We have reached the perfect balance of mediocrity - bad enough to miss the playoffs, but not bad enough to draft inside the top 10. Lather, rinse, repeat.

Mr. Sparkle said:
We have finally reached the point where we have some freedom in the upcoming Free Agency period and Draft - had three games lost this year on fluke ST plays and bad officiating which left us just bad enough to miss the playoffs, but not bad enough to draft inside the top 10. Not at all similar to the end of 2014/2015.

FTFY, for those of us who choose not to parrot tired narratives.

insidejob said:
FTFY, for those of us who choose not to parrot tired narratives.
Click to expand...

Yeah, it's not at all like 2014/15. Except for the terrible start, the leaky defense, the lousy special teams and the late surge once we're out of the playoffs that drops us down 10 spots in the draft.

Mr. Sparkle said:
Yeah, it's not at all like 2014/15. Except for the terrible start, the leaky defense, the lousy special teams and the late surge once we're out of the playoffs that drops us down 10 spots in the draft.

If you can't see the difference between the end of those two years and this season, then there's absolutely nothing to even bother discussing with you.

When in 2014/2015 was the defense trending upward from mid-season on while fielding street free agents as starting corners? I'll answer for you. Never. This team is finally out of dead money hell heading into free agency and is actually a few key pieces away from being a much better team than this year.

Keep pounding the "we suck and there's no hope" drum all you want. Just don't expect those of us who can tell the difference between Monday and Tuesday to do it with you.
Show hidden low quality content