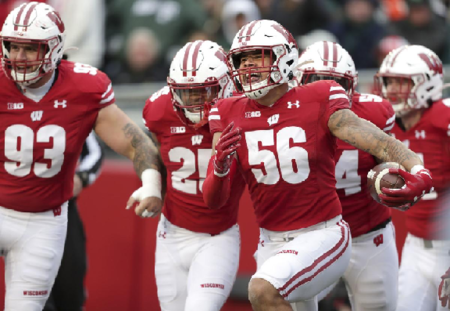 Zack Baun made it his mission in his final college season to do enough to be drafted by an NFL team.

He didn’t care which round, or which team, he just wanted a chance to make his dream of playing pro football come true.

A breakout senior season as an outside linebacker at the University of Wisconsin, coupled with speed and explosiveness he proved at the NFL scouting combine and UW’s pro day, shot Baun up draft boards and raised his profile as a pro prospect.

He ended up waiting longer than many expected, but Baun was finally picked with the 10th pick of the third round (74th overall) by the New Orleans Saints.