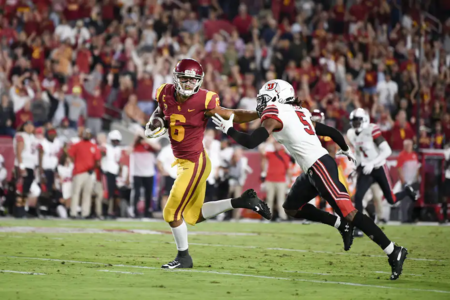 One of the major needs for the New Orleans Saints heading into the 2020 offseason was at wide receiver. Michael Thomas led the league with 1,725 yards and an NFL-record 149 receptions, but the team got little production from their other wideouts. Ted Ginn Jr. was the second highest producing player among the team’s wideouts with just 30 receptions for 421 yards.

New Orleans signed free agent receiver Emmanuel Sanders to a 2-Yr contract, giving the offense another bonafide threat at the position. The Saints may still want to add another playmaker in this week’s draft at a position considered deep in talent well into the second day.

Today’s draft profile looks at one of those Day 2 talents, one that has rich NFL bloodlines and comes from one of college football’s most storied programs.