so we have 5 weeks from today to get under the cap. when do ya'll think cuts will start? next week? since we should have our DC sometime this week.

Offline
I wish we could sign Jarius Byrd but Buffalo will probably tag him. 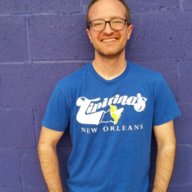 Offline
To me the Guy I would make our biggest priority (after re - signing Bushrod) is Larry Grant. He's stuck behind Patrick Willis and Navorro Bowman right now, but he could be a beast in a starting role. Would likely be our best linebacker from day 1

Offline
Larry Grant was on my radar.... Byrd is the most delightful free agent who will never leave Buffalo

Offline
What are people seeing in Grant? I never see him on the field. 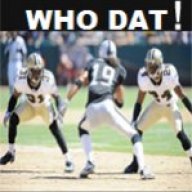 Offline
Some of the free agents id love us to sign:

WR - Chaz Schilens - Jets = Although Chaz has failed to live up to his potential so far he still posseses great size and pure speed that cannot be taught. He wouldnt cost much to sign and with Brees at QB he could be a suprise package for next season. Finally he would probably be cheaper than Henderson...

DE - Mike DeVito - Jets = Really underrated player who constantly makes plays as a 3-4 DE. With Smith being a cap casualty i think signing a DE who could come in and start immediatly opposite of Cam is a priority. Mike could do that and should cost (too) much money, although we will have to better the Jets offer. Still i think that in the long run signing a tried and tested 3-4 DE who knows the scheme and has shown he can make plays on an average-to-good D would be a great add.

OLB - Shaun Phillips - San Diego = I have a mate who is a big chargers fan and he believes that the team wont try to resign Shaun due to the amount of talent they have at the position. Still he is a solid, experienced performer at 3-4 OLB, something that at the moment we are desperately lacking in. I believe we could bring him in on a cheap vet contract for a year or two where he can pass on his knowledge to our raw pass-rushing OLB's (Juneyah and Wilson). Like DeVito, Phillips could come in and start from day one and is a very good playmaker.

DREAM FREE AGENT SIGNINGS:
- Connor Barwin - Texans
- Paul Kruger - Ravens
- Ed Reed - Ravens
I would love to sign any of these guys but i highly doubt with our cap situation that we can compete with other teams for these types of caliber players.

so we have 5 weeks from today to get under the cap. when do ya'll think cuts will start? next week? since we should have our DC sometime this week.
Click to expand...

If/when we make cuts, I'd figure we'd be closer to the start of FA, since Payton is so far behind the 8 ball now. They need time to plan.

But, I've been wrong before and will continue to be wrong.
Show hidden low quality content