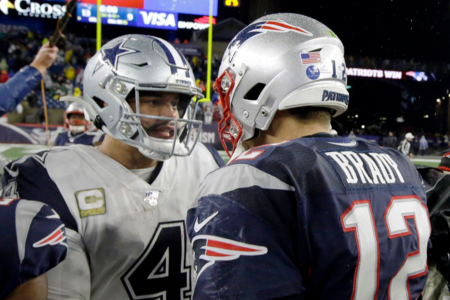 CLEVELAND, Ohio — Tom Brady hits free agency for the first time, and the contract impasse between Dak Prescott and the Dallas Cowboys could finally lead to its conclusion.

This offseason is a big one for the premier position in football, but the Browns are sitting this one out. Even with Baker Mayfield's regression from a record-setting rookie season (27 touchdown passes and 14 interceptions in 2018 to 22 TDs and 21 interceptions in 2019), he remains on a rookie deal that allows Cleveland tremendous roster flexibility.

As a reminder: the Browns are projected to have $51.7 million in cap room, according to Spotrac.com and OverTheCap.com, which places them around the league average as the team with the 15th-most space. The NFL salary cap this offseason is projected to be between $196.8 million and $201.2 million. ...