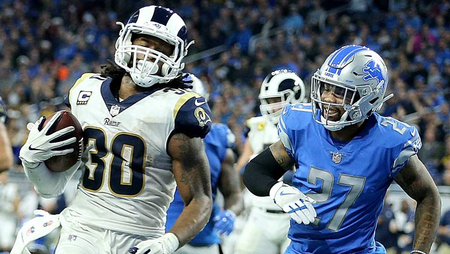 By Vinnie Iyer | The Sporting News

What is the NFL playoff picture looking like after the Thursday and early Sunday afternoon games of Week 13? Who improved their positions and seeding with positive results, and who is headed in the wrong direction during the stretch run?

Here's the update with six games and four more weeks left in the 2018 regular season.

Who would be in:

The Chiefs stay right here by beating the Raiders, with a full game lead on both the Texans and Patriots. They have the tiebreaker for now over Houston, but lose it to New England based on a head-to-head loss. The schedule isn't the easiest to mantain home-field advantage. What's left: vs. BAL, vs. LAC, at SEA, vs. OAK

The Patriots beat the Vikings to jump back over the Texans (whom they beat earlier in the season) and keep pace with the Chiefs (whom they also beat). What's left: at MIA, at PIT, vs. BUF, vs. NYJ