NFL Power Rankings: Chiefs and Rams put on a show, but the Saints take the top spot (1 Viewer) 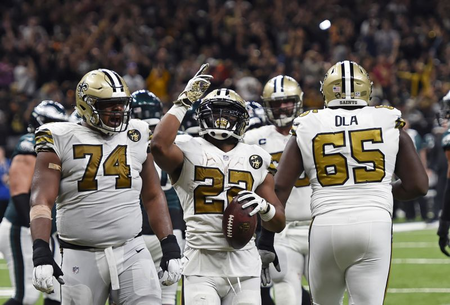 The top three teams in the NFL this past week scored a combined 153 points. Welcome to the NFL in 2018.

The Los Angeles Rams’ 54-51 win over the Kansas City Chiefs will go down as one of the greatest games in NFL history, quite likely the greatest regular-season game the league has seen. It was amazing on many levels. That game will be remembered decades from now.

Yet, when we talk about the game that shaped the hierarchy of the NFL this season, the stunner in New Orleans on Sunday afternoon might matter more.

The Chiefs deserved the top spot in the power rankings before Week 11. Their resume over the first 10 weeks was slightly better. Their only loss came on the final play at New England. The Saints lost at home to a Buccaneers team that is now 3-7. The Saints have been the best team since the start of October, but September counts too.

But after the Saints embarrassed the defending champion Philadelphia Eagles on Sunday, it’s hard to argue against them as the best team in football.

While the Chiefs and Rams were also each giving up 50 points, the Saints allowed just seven to the Eagles. They allowed less than 200 yards, too. They have allowed 21 points the past two weeks in blowout wins over the Bengals and Eagles. That doesn’t mean the Saints’ defense is elite, but it’s good enough to help out a fantastic offense. ...