NFL Records That Could Fall During the 2019 Season (1 Viewer) 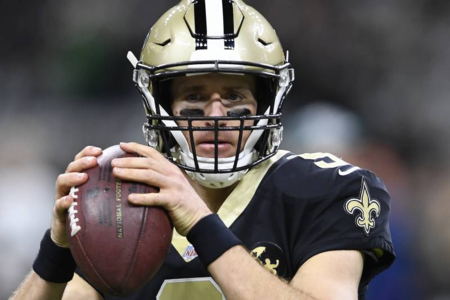 In the National Football League, only one real goal exists: holding aloft the Lombardi Trophy as Super Bowl champions.

However, there's something to be said for individual accolades. For big seasons that land even bigger contracts. And for setting records—the sort of career marks that can earn a player NFL immortality and, perhaps, a spot in the Pro Football Hall of Fame.

In that regard, 2018 was the year of Drew Brees. Not only did the New Orleans Saints signal-caller break his own record for completion percentage in a season, but he also surpassed Peyton Manning as the league's all-time leading in passing yards.

This year, Brees has his sights set on yet another of Manning's career marks—the record for passing touchdowns. But that's not the only number that could fall this year, and the possibilities range from prowess catching the rock to making quarterbacks miserable.