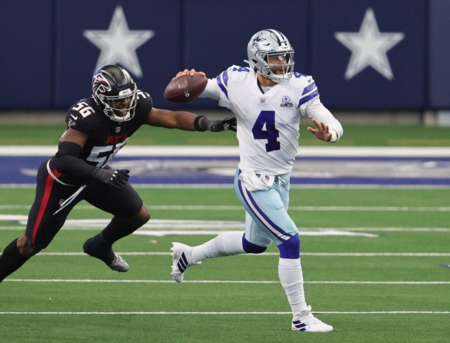 Russell Wilson threw five touchdown passes and the Seattle Seahawks made a defensive stand at the goal line on the game's final play to defeat the visiting New England Patriots 35-30 on Sunday night.

Cam Newton nearly rallied the Patriots from a 12-point deficit in the final 4:32. He scored on a 1-yard TD run with 2:16 left to make the score 35-30 and, after Seattle went three-and-out, drove to New England's 1-yard line with two seconds left. Newton tried to run for the score, but was stopped by Seattle's L.J. Collier for a 1-yard loss.

DK Metcalf, Tyler Lockett, David Moore, Freddie Swain and Chris Carson made TD receptions for the Seahawks, who outscored New England (1-1) 14-3 in the third quarter to pull away from a 14-all halftime tie.

Newton completed 30 of 44 passes for 397 yards and a touchdown and had a team-high 47 yards rushing and two TDs. The Patriots' Julian Edelman made eight receptions for 179 yards.