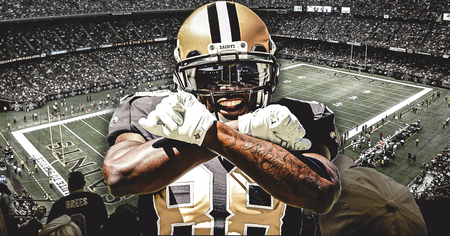 Dez Bryant was set to make his comeback to the NFL with the New Orleans Saints, but that comeback ended quickly when he tore his Achilles last week. It was a very disappointing end to a situation that would have been perfect for Bryant to up his value heading into free agency this coming offseason.

Coming back from a torn Achilles is never an easy task, especially for a player that has relied on explosiveness his whole career. Despite the difficulty of returning from the injury, Bryant is planning to come back stronger than ever.

In a quote shared by Brandon George of the Dallas Morning News via Pro Football Talk, Bryant has promised to come back stronger than he was before the injury.

“Promise I’m coming back strong. Highly motivated. Appreciate all the prayers.”​
Bryant has also stated that he would love to return to the Saints when he gets back to full health. He has appreciated how the team has brought him in and welcomed him with open arms. As Clutch Points previously noted, the Saints paid tribute to Bryant by “Throwing Up the X” on touchdown celebrations during their Week 10 victory. ...