NFL Week 12: Saints on top of the NFC playoff picture before MNF (1 Viewer) 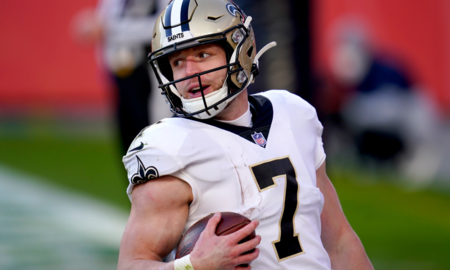 Week 12’s matchup for “Monday Night Football” will help solidify the NFC playoff picture a little more, but for the New Orleans Saints have positioned themselves to where it doesn’t matter who wins between the Seattle Seahawks and Philadelphia Eagles.

The same can’t be said for the rest of the contenders in the NFC. An expected Seahawks victory would put Seattle in the second seed, ahead of the Green Bay Packers; an Eagles home upset would send a ripple effect throughout the standings. If Philadelphia surprises with a win, they would replace the New York Giants at the fourth seed as NFC East leaders and Seattle would fall to the fifth seed, with the Los Angeles Rams surpassing them in the NFC West.

Then again, we’re only in Week 12. There are still five weeks of football ahead, and plenty of time for the Saints to either lock up or lose the first seed, and the valuable first-round bye that comes with it. Here are your current NFC playoff standings ahead of Monday night’s kickoff: ...