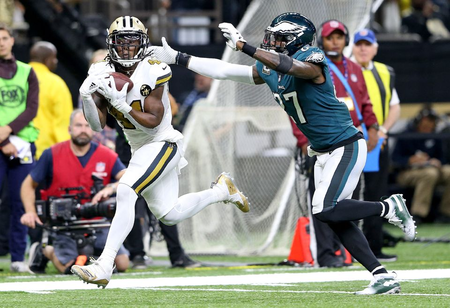 There was a moment in the first half when it looked like the Eagles might be about to make a game of it with the New Orleans Saints.

After a miserable start that put them in a 17-0 hole — gaining just 15 net yards on its first three drives — Philadelphia responded by putting together its first touchdown drive of the game and following that up by forcing a Saints three and out. They took the ball back and started marching downfield against the New Orleans defense.

Who knows what would have happened if Carson Wentz would have seen tight end Zach Ertz flash open on third-and-3 in Saints territory and connected with him. Maybe Philadelphia would have made a game out of it.

But Wentz never had a chance to find Ertz before he was engulfed by Saints defensive tackle Sheldon Rankins for a 10-yard loss. The Eagles were forced to punt, and the Saints never allowed them to think about making it a game again. ...