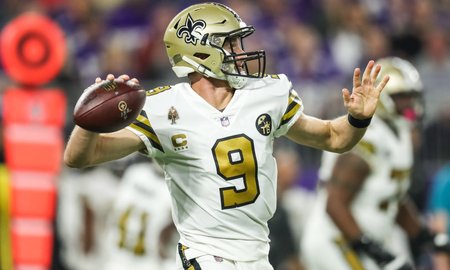 The New Orleans Saints and Minnesota Vikings each took their shots on Sunday Night Football, but the black and gold saw more of theirs hit home.

New Orleans saw its defensive secondary sliced up early in the game, but the unit as a whole gathered itself and began to take control late in the game. Here’s how Minnesota’s drives turned out once they took a 13-7 lead midway through the second quarter:

The Saints’ defense was buoyed to success off the strength of several recent high draft picks: defensive tackle Sheldon Rankins and defensive end Marcus Davenport each collected a pair of sacks, while cornerback Marshon Lattimore allowed just one completion on three targets into his coverage – batting away each of the other two without penalty.

Naturally, the guy at fault for most of the big gains through the air to start the game came through later with a big turnover and touchdown. Cornerback P.J. Williams was much-maligned for not being in position to compete with throws into his coverage, but he turned it around in a big way to help the Saints take the lead after interception Vikings quarterback Kirk Cousins. ...