Offline
So was listening to John McClain the other evening on the radio here in Houston talking about the upcoming bids for Superbowls and how Houston is going all out dumping loads of money into hotels, etc to win more superbowl bids and they jumped on the recent superbowl in New Orleans and was mentioned that while everyone loves New Orleans as city for superbowl they will most likely not get another one unless they do something drastic with the superdome. According to what was said that queitly and low key the NFL thinks the superdome is a dump inside and that quite a bit of money will need to be put into the interior overhaul of the dome (not boxes). Fans seats, facilities, etc all will need to be overhauled dramatically before it would be considered for another superbowl or the dome razed and a new modern stadium built which he acknowledged most likely wouldn't happen.
Don't know how much truth there is to this but McClain usually seems to have a pretty good line on the NFL and Owners wants, etc. 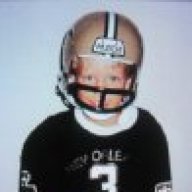 Offline
Pretty dramatic thread title for something some ***-clown said about a facility in a rivaling city..

Offline
with benghazi and all the other political stuff going on he is worried about the superdome? 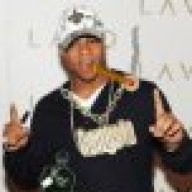 Offline
What a coincidence. My troll account for the 49erswebzone has about four posts as well. 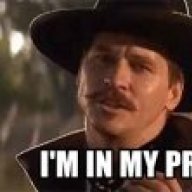 Offline
I went to the Superbowl in Arlington and unless Houston does it completely different, Texas sucks for Superbowls.

Offline
This dude is freaking out his mind if he thinks that the SB won't be back in the NO. There's most that would prefer it to be there every year. This is a minor black eye on this as a venue, but all it does is sets the example going forward. One of the perks for NO is that everything is in walking distance not like other cities. Trust the NO will have another in 5 years and maybe less if the north SB next year flops. Now if it flourishes than maybe more like 7 years. You will than see places like Philly, and Cincy lobby to be a host. I just don't see this NY SB as a great idea. No worries the chip will be back in the dome.

Offline
Find it hard to believe McClain would say such drastic and false things. He should have knowledge of the hundreds of millions of dollars spent renovating the Superdome. If he did say it, my guess is that it was done so to make himself feel better about Houston's chances. No city even compares to New Orleans as a Superbowl destination and the other cities know this.

Offline
Seems to continue a pattern of campaigns where a fans are held hostage with one threat or another if money is not poured into their business interests. I love the dome as it is. I do not consider it disposable. 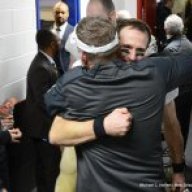 Offline
Bringggg on the RED THUMBSSSS, We the only city where we dont leave till the street sweepers come
out best food in the WORLD! Its all about the CELEBRATION nobody wants the party to end at 2am!

Offline
While it may not be the best stadium in the world... it has got to be reaching iconic status (if it hasn't already)

it's got the longevity... it has historic moments that cover multiple events... covers sports, politics and religion... things not just New Orleanians have seen... but national audiences have as well

Offline
Houston has this to offer:

Beignets?...no just a box of kolaches.
Streetcars? ... no but it has lots of overpasses for those with vertigo.
Fun excursions? ....no but you can head to Baytown and see their battleship.
Astroworld? ... no it was closed down due to lack of fun around here.
Get in the car and ride around? ...no you better watch out, every intersection has a camera taking your photo and sending you a $75 dollar e- ticket.
Gambling casinos? no but get on the bus and stop in Lake Charles.
.
This place is a blast!!!

How about just inserting " A no-body radio DJ who no one has ever heard of from a rival city says ",,,right before the current thread title.
Show hidden low quality content