No, the Saints should not trade for Antonio Brown (1 Viewer) 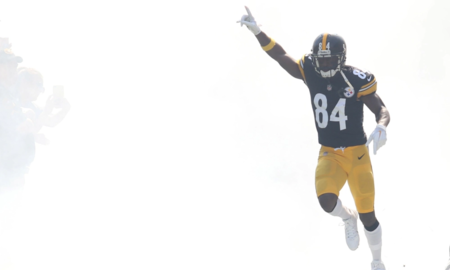 Pittsburgh Steelers superstar Antonio Brown set the internet on fire with his latest passive-aggressive message towards team ownership: trade me. But the Steelers still have not made any indication that they will trade Brown, and his statement was basically pointless. That hasn’t stopped some New Orleans Saints fans from hoping their team can find a way to add one of the best football players in the game today.

From an X’s and O’s perspective, adding Brown would absolutely make the Saints better. They don’t have many good receivers outside of Michael Thomas, a 2018 All-Pro. Brown is the kind of complementary weapon who can win with speed and technique that fans dream of. Pairing him with Thomas would give the Saints the best one-two punch in football at any level.

The problem is, well, everything Brown gets into off the field. His rampant social media activity is dwarfed by his other pursuits; appearing on “The Masked Singer” and “Dancing With The Stars” is harmless, but he’s been dodging reckless driving tickets and is under investigation for a domestic incident. ...