A new 11-year cycle of heightened solar activity, bringing with it increased risks for power grids, critical military, civilian and airline communications, GPS signals and even cell phones and ATM transactions, showed signs it was on its way late yesterday when the cycle’s first sunspot appeared in the sun’s Northern Hemisphere, NOAA scientists said.

“This sunspot is like the first robin of spring,” said solar physicist Douglas Biesecker of NOAA’s Space Weather Prediction Center. “In this case, it’s an early omen of solar storms that will gradually increase over the next few years.”

A sunspot is an area of highly organized magnetic activity on the surface of the sun. The new 11-year cycle, called Solar Cycle 24, is expected to build gradually, with the number of sunspots and solar storms reaching a maximum by 2011 or 2012, though devastating storms can occur at any time.

gaminerie said:
it's all a conspiracy to bust Kiefer Sutherland out of the clink
Click to expand...

It worked for Tommy Chong, didn't it?

Offline
"Sorry boss, I would have called in when I didn't come to work but, you know, Solar Cycle 24 and all..." 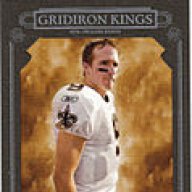 I thought Chuck Norris did that?

runDeucerun said:
I thought Chuck Norris did that?
Click to expand...

No. The fear of Chuck Norris is what keeps the Sun at a distance.

Offline
Sun spots are caused by man's carbon emissions. We are ruining the whole universe. See the hairspray stuff is sneaking out through the hole in the ozone, see, and traveling through a worm hole to the Sun, see, and ultimately the Sun will go supernova. We have doomed ourselves!

Offline
AL GORE REPORTS THAT WE SHOULD CUT BACK ON OUR USE OF SUNLIGHT. this conservation should help reduce the the number of sun spots.....

Online
teh. I thought it was about a solar powered motorcycle.

Speaking of "sun spots", I have one on my arm. All this time I thought it was AT&T's fault.
OP

Offline
For the geekier geeks, your solar forecast:

IA. Analysis of Solar Active Regions and Activity from 06/2100Z to 07/2100Z: Solar activity was low. Region 980 (S06W03) produced a C1 x-ray flare today at 1527Z. The group appears to be re-emerging but is still small and simple. An eruptive event was observed near plage Region 981 (N27W17) at about 0230Z and was associated with a B1 x-ray event as well as a small CME observed by the COR2 coronagraph on the STEREO-B spacecraft.

IB. Solar Activity Forecast: Solar activity is expected to be very low to low for the next three days (08-10 January).