The New Orleans Saints hope to keep their impressive offensive show on display this week when they face the Philadelphia Eagles at Lincoln Financial Field Sunday at noon.

The Eagles should put up a bigger fight than did Detroit in Week 1, but Drew Brees & Co. appear to be in mid-season form. 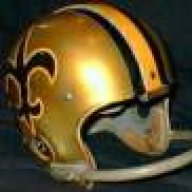 Offline
11:57
Kevin Spain, T-P: Hello everyone and welcome to our weekly chat. Mike Triplett and Brian Allee-Walsh will join you from the New Orleans Saints practice facility shortly.
Go ahead and start sending in your questions. Thanks.
12:01
Kevin Spain, T-P: OK, we're going live with Brian and Mike
12:01
[Comment From Tommy White]
Do you think rookie corner back Malcom Jenkins will get more reps in this game and actually cover one of the eagles fast recievers?
12:04
Mike Triplett, T-P: Hey Tommy, It looks like Jenkins is a little buried on the depth chart right now -- fourth at cornerback behind Greer, Porter, Gay, and Gay was the nickel back and Prioleau as the dime back in Week 1.

Jenkins will be very good in this league, maybe even by the end of the year, but he's still catching up to the speed of the game and the receivers. His physical style of jamming receivers at the line backfired on him a couple times in the preseason. But he'll catch on quickly, I'm sure.

Porter seems healthy, so I think the starting secondary will be intact Sunday.
12:04
[Comment From conyo]
whats up with pierre thomas? is he playing sunday? he's killing my fantasy team
12:04
[Comment From Yazzzar]
Is Pierre Thomas playing on Sunday?
12:06
Kevin Spain, T-P: Hey Conyo and Yazzar,
We will know a little more after practice today but I would say that he likely won't play and if he is "up'' for the game he would play on a limited basis. Sorry, this was Brian, not Kevin
12:06
[Comment From Kevin]
Brian and Mike: your breathern Jeff Duncan predicted a big game out of Reggie Bush on account of the Eagles having slow LBs, what do you guys think, will the Saints be featuring Reggie and will he bounce back, or continue to mire in mediocrity? Can't wait to see the game this weekend, the climb to the top shall continue, GO SAINTS!
12:09
Mike Triplett, T-P: Hey Kevin, How can I argue with Jeff? We're a team here! ... Seriously, though, I wouldn't be surprised at all to see a big game from Bush. He's gone in waves throughout his career. Sometimes he's a gamebreaker and sometimes, like last week, he practically disappears. But he's always capable of breaking off a big gain or two.

I don't think the Eagles linebackers are that bad, but I do think their aggressive defense and frequent blitzing could lead to some over-pursuing, and Bush can counter that on screen passes and swing passes.
12:09
[Comment From David Brundage]
Were you a little disappointed that the suspensions of Smith and Grant were nixed? I personally wanted to see the other guys get a chance to get after the qb because it seems like Smith and Grant just arent getting to the qb anymore.
12:11
BAW, T-P:

No is the simple answer to your question, and I'm sure if you posed that question to Sean Payton or Gregg Williams, they would tell you they are ecstatic that they'll have Nos. 91 and 94 for the rest of the season. Strength in numbers. the more good players a team has, the better it is.
12:11
[Comment From Michael]
It's pretty obvious that the Saints have become very good, if not one of the best teams at scouting and finding offensive talent from basically anywhere (Bell, Thomas, Colston, Moore...just to name a few). The organization however has not had the same luck on the defensive side of the ball (Bullocks, David, arguably our defensive ends, strictly based on salary, etc.) Do you think that with Gregg Williams now on board we will improve in the area of finding players who have come from basically nowhere to shine on our defense?
12:13
12:14
Mike Triplett, T-P: Hey Michael, I don't know if the Saints have necessarily unearthed great talents on offense or if it's just a matter of Brees and Payton being so good at maximizing the talent at their disposal. ... I feel like if you gave them four new receivers to work with, they'd all look great, too. ... But of course I don't mean to shortchange Colston, who I think is exceptional, and Moore.

As for the defense, you're obviously right about some of the draft and free agency misses, but I think their success rate is about the same as any average team. And more importantly, I think a good scheme and system can make a lot of guys look better than they are. Hopefully they've found that right system under Gregg WIlliams, So far, so good.
12:14
[Comment From blitzin]
Is anyone else worried about how healthy Busrod is and can he keep out a couple of tough DE's that will line up across from him? Looks like we are pretty thin on the OL line and TE right now.
12:15
BAW, T-P: Hey Blitzin,
I talked to Bushrod yesterday. His right knee is OK, it's his right ankle that took the brunt of being rolled up against the D Lions. But he should be OK. He's a good player and should get better with time. As you know, team officials worked out two OTs yesterday in the event they need to bolster their depth. As far as the TE position, they are thin at that spot. But Zach Strief took about 20 snaps at that spot against Detroit.
12:15
[Comment From shawn]
do you think that the saints will use a 4 receiver set at anytime during the game?
12:16
Mike Triplett, T-P: Hey Shawn, I think we'll see it once or twice -- more if they find themselves trailing in this game, which I'm sure you're rooting against. They used that formation three times last week against Detroit, but they pretty much ran out the clock throughout the fourth quarter.
12:16
[Comment From Todd]
How is Usama Young's shoulder? Is he expected to play this week?
12:17
BAW, T-P: Hey Todd,
He should be OK to play this week, which will bolster not only the secondary depth but also special teams.
12:17
[Comment From datdude]
Do you picture the Saints running the wild-cat formation with the emergence of Mike Bell, maybe he can play the role of Ronnie Brown?
12:19
Mike Triplett, T-P:

Obviously the short answer to that question is No. They're not gonna take the ball out of Drew Brees' hands. ... But since everybody knows that's how the Saints' feel, and since Sean Payton prides himself on staying ahead of the opposition, I wouldn't be surprised at all to see Reggie take a few wildcat snaps at some point this year. ... Maybe even this week since this is the ultimate chess match against an equally-creative defense.
12:19
[Comment From Al]
I browse the Saints forum on this website on a regular basis and see a lot of Reggie hate. Why do you think people hate the man so much? What do you see as Reggie's role for this week?
12:21
BAW, T-P: Hey Big Al,
My guess is some Saints fans just don't he's justified being the No. 2 overall pick of the draft, Maybe the way he carries himself, his girlfriend, his wealth, his West Coast personna, you name it and some people are going to find fault with him.
That's what makes the world go around.
Just don't lose sight of the big picture. HE IS NOT AN EVERY DOWN BACK, NEVER WAS, NEVER WILL BE. People need to cut him some slack. He's a pretty good playmaker otherwise.
12:22

[Comment From Kramer]
The latest on Mcnabb? I assume he will be listed as doubtful when the injury report comes out today....
12:22
Mike Triplett, T-P: Hey Kramer, We don't have the practice report from Philly yet, but I'm guessing McNabb won't practice today and he'll be listed as questionable for Sunday ,,, maybe even doubtful or out. I really don't expect him to play, though I can't rule it out.
12:22

[Comment From Brett]
Brain and Mike: How is Heath Evans doing as a blocker vs. Mike Karney? Our offensive line has not changed; however, our running game has appeared to be greatly improved in both the preseason and our first game. Thanks.
12:23
12:25
BAW, T-P: Hey Brett,
Based on the Lions game, you gotta say Evans is holding his own. Brees threw six touchdown passes and Mike Bell ran for 143 yards. But I believe more credit should go to Bell _ he runs downhill and gives 110 percent _ and good blocking by the Oline.
Don't forget the Lions are not the Eagles. We all willknow more about teir running game after Sunday.
12:25

[Comment From tony]
do yall expect the defense to bring it this weekend or do you think they'll stay vanilla?
12:27
Mike Triplett, T-P: Hey Tony, I don't expect the Saints to hold anything back in this game. This is the most important game on their schedule in the first five weeks. They want it bad. ... Now, I don't think that means an all-out blitz party, because I think the Eagles' most dangerous weapon is Brian Westbrook, who could burn those blitzes on screen passes and delayed draw plays, etc. ... I think they'll try to shut down Westbrook and throw a variety of different formations, looks and blitzes from different positions at QB Kevin Kolb to keep him guessing.
12:28

[Comment From WhoDat]
Special teams was really bad last week. If the same thing happens this week, do you see the Saints bringing Jason David back for special teams? I know he was awful at corner, but I seem to remember him making a lot of plays on special teams
12:28
BAW, T-P: Hey WhoDat,
If the Saints play as poorly on special teams against the Eagles as they did against the Lions, everybody connected with that phase of the game may be looking for jobs next week.
No to the Jason David part of the question.
12:29
Kevin Spain, T-P: Hey everyone, Mike and Brian have been called for postpractice interviews. Thanks for joining us. It was, as usual, a great turnout.

Come back to chat with them again Sunday at 11 a.m.