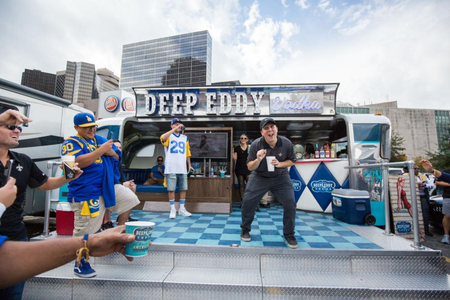 By Bryn Stole | The Advocate

The Rams have broken hearts and left behind bitter fans in two different cities — in St. Louis, where the team spent 21 years, won a Super Bowl and then split town in a nasty divorce, and in Los Angeles, the nation’s second-largest city and team’s original home from 1946 to 1995, where the Rams built and lost a fan base before returning three seasons ago.

Steering the ship through those choppy waters were two controversial owners, each beloved in one town and reviled in the other, each of whom dragged the Rams halfway across the country in pursuit of new stadiums and better fortunes.

The Saints, too, once seemed like they had their eyes on greener pastures. After Hurricane Katrina devastated what was already one of the league’s smallest and poorest markets, owner Tom Benson began exploring a permanent move to San Antonio.

But abandoning an already reeling New Orleans would have crushed the city’s morale — and Benson, facing opposition from the league and from within his own organization, decided to stay put. ...