Offline
Rank the candidates in your order of preference as of today. Please use only active (+/-), 'major' candidates who are currently running and on the list below (excluded Kucinich, Gravel, Keyes and Hunter). If you are a partisan voter who will only vote for Democrats or Republicans, please don't use this thread to tell everyone that again as we probably already know. Thanks.

Edit - You can put in, if you want to, a favorable opinion ranking on the 1-10 scale where 1 is you don't like the candidate and 10 is that you do.

Offline
I've cycled through several frontrunners over the past year. As of today, it's:


This is subject to change. Over the course of the year my front runner has alternated between Edwards, Obama, Biden, Clinton, Paul and to a lesser degree McCain.

Offline
My preference as of today (and limiting myself to the "major" candidates as requested) would be: 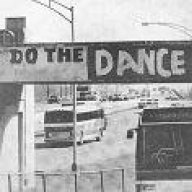 after this it dosent really matter
Blank three top spots represent the fact that none of the announced candidates really excite me. I think I like Thompsons ideas, but the man does not seem.... presidential. Is a good thing I have time to decide.

* would never get my vote 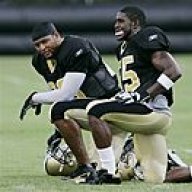 I can tell you also though that I'll vote for anyone running against Obama and Clinton.

Offline
Well, you know I will likely vote Libertarian, but given the requirement of "major candidates", I would rank the as follows:

Offline
I'm a liberal who is registered independent. I live in an 85% Republican county in Mississippi, so my vote does not count.

Each line break designates a new grouping. I pretty much look at those grouped together as +/- the same, not in terms of policy stances, but in terms of likelihood that I'd vote for them. Each group is alphabetized.

Offline
Ron Paul- Only candidate to talk about the dollar, hates lobbyists, truely wants limited government. The newsletters is an issue and if he doesn't clear it up then I will likely vote for someone that is not on this list.
Dennis Kucinich- I love some of his views and don't like others.
Barack Obama- like his view about lobbyists
Mike Huckabee- I like the flat tax over the current tax law
Barack Obama- Hate a lot about him but his view on lobbyists trumpts a lot
Fred Thompson- He was once a lobbyist.
Bill Richardson- Doesn't have a problem with taking money from federal lobbyists.
John McCain- He is basically George Bush III
Rudy Guiliani- Misinformed on a lot of history, wears 9/11 on his sleeve and is in the pockets of lobbyists.
Mitt Romney- The only person that can challenge Clinton for the bottom of the list.
Hillary Clinton- **** Clinton


This is really hard for me because my issues are different than most. My most important issues.

1) The dollar and inflation. Ron Paul is the only candidate to even talk about it.
2) Government spending and corruption.
3) Iraq, this impacts #1 and #2.
4) Taxes- this would be bigger but we can't reduce taxes unless we change 1-3
5) The economy. This would be bigger if #1-4 didn't impact it so much.

Limited government and increased liberties would be my number one issue but this would be impossible to achieve without addressing the above problems.
Last edited: Jan 9, 2008 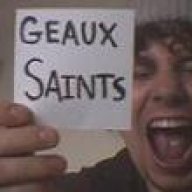 Offline
I'm Canadian, but I have been following this process pretty closely.
We don't have "primaries" up here, the parties are free to choose their own leaders, and for the most part, it's done behind closed doors. I've found this whole "election before the election" fascinating, for whatever reason.

My personal politics mirror that of a large majority of young Canadians. Fiscally conservative and socially liberal. With those parameters in place, I'm really not sure I'm seeing a great fit amongst ANY of the candidates. If I had to rank them, I think it would go something like this.

Ron Paul (6) - At least he's got the fiscally conservative part down.

Mitt Romney (5) - I love his idea of running Government as a business, but what a sleazebag...

Fred Thompson (3) - Don't know much about him and doesn't seem like a serious candidate.
Bill Richardson (3) - Ditto.

Hillary Clinton (2) - You can't honestly think going 20+ years with your senior leadership coming from only two familys is a good thing!
John Edwards (2) - Seems to be pandering to the unions to keep him afloat, which is a surefire way to lose my support.