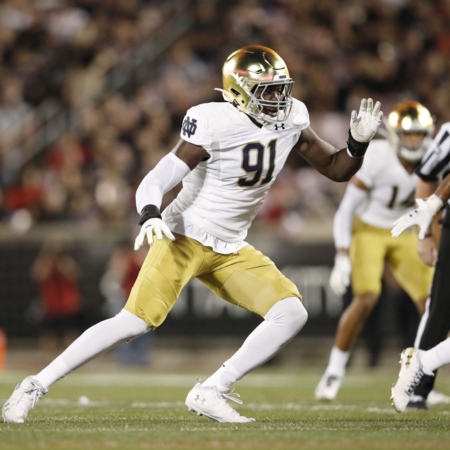 The Notre Dame football program is going to see a bunch of their players selected in the 2021 NFL Draft, as they have guys on both sides of the ball who have the talent to play at the next level. One of those players is defensive lineman Adetokunbo Ogundeji, a defensive end who has seen his draft stock rise since the season ended.

Standing 6-foot-4 and weighing 268 pounds, Ogundeji has the frame to be a solid edge rusher at the next level, and he showed his talents by beating some of the best offensive linemen in the country during the Senior Bowl. He played a huge role in the Irish going undefeated in the regular season in 2020, and he is starting to get the kind of draft buzz he deserves.

One team has already reached out for a meeting, and others are certain to follow.