ATLANTA (AP) -- Georgia football legend Herschel Walker is expected to reveal in an upcoming book that he has multiple personalities -- a revelation that surprises the man who coached the 1982 Heisman Trophy winner.

"That's all news to me," former Georgia coach Vince Dooley said. "All I know is whatever personality he had when he had the football was the one I liked."

"Breaking Free" will chronicle Walker's life with multiple personality disorder, according to Shida Carr, the book's publicist at Simon & Schuster.

Offline
I just saw that article at Yahoo, and was about to post it myself (but search is my friend, lol). What a strange revelation; odd that no one who was close to him seemed to have any knowledge of this...
OP

Offline
Whenever anybody is about to put out a book, I get a little skeptical about the scandal sheet type revelations that get leaked ahead of time. Hershel's been out of the league for a long time to finally be getting around to a tell-all book.

Offline
Well if it is true, I respect the man for enduring through everything and still being the kind of athlete he was and not wasting the talent God gave him even under those kind of circumstances. I hope somebody gives Ricky a copy of the book.
Last edited: Jan 18, 2008 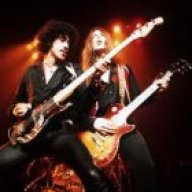 Offline
I remember watching Herschel in college. He was a man among boys at Georgia and had a good pro career. Hard to imagine he played with schizophrenia. What if he had changed to the guy that hadn't studied the playbook during a game?

DadsDream said:
Whenever anybody is about to put out a book, I get a little skeptical about the scandal sheet type revelations that get leaked ahead of time. Hershel's been out of the league for a long time to finally be getting around to a tell-all book.

Offline
This could all be a lie for all we know. Not saying it is but it is possible. For nobody to notice this just doesn't seem right. But hey what do I know about this guy?

Offline
Best. Running Back. EVER.

Also, was way ahead of his time when he opened a "healthy" fast food restaurant chain called "De-lites". Went out of business.

On the list of preeminent sports records, Herschel Walker's 25,283-yard total—more than 14 miles of gridiron real estate—may be as unassailable as Pete Rose's 4,256 hits. But the record will forever be accompanied by an asterisk because Walker didn't follow the normal path to the pros. Normal would've meant finishing his college career at Georgia and being the No. 1 pick in the 1984 NFL draft. (The New England Patriots used that pick to select Nebraska receiver Irving Fryar.) The NFL didn't take underclassmen back then, so Walker became the poster child for a renegade league that was destined to fail. For three years, he carried the USFL on his back, earning MVP honors twice and gaining more than 7,000 all-purpose yards. He then spent 12 years in the NFL, which doesn't recognize statistics from other leagues. In the NFL's mind, Walker's USFL career never happened. The NFL credits him with only 18,168 all-purpose yards—which is still good for fifth place on the all-time NFL list.
Click to expand... 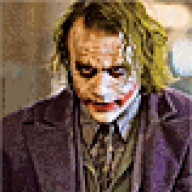 Offline
This would have made more sense for Roger Clemens, Miguel Tejada, Barry Bonds, etc.

I guess now the question is, does his alternate personality deserve to be in the Hall of Fame? I hear the voters in Canton are skeptical.

Jimbo said:
I remember watching Herschel in college. He was a man among boys at Georgia and had a good pro career. Hard to imagine he played with schizophrenia. What if he had changed to the guy that hadn't studied the playbook during a game?
Click to expand...

Schizophrenia and Dissociative Identity Disorder (commonly called Multiple personality disorder) aren't the same. Often people suffer from both conditions at the same time, but they are separate disorders.

Offline
maybe he just saying that because he's a cross dresser and that covers all the bases?? 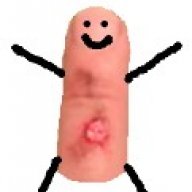 Offline
I have multiple personality disorder.

Offline
I wonder how many of his total yards are Herschel's and how many are split among the other personalities? Should there be an asterisk next to his name? Which one wrote the book?
Show hidden low quality content