Official blasted for missed call in Saints loss; the problem? He was never there (1 Viewer) 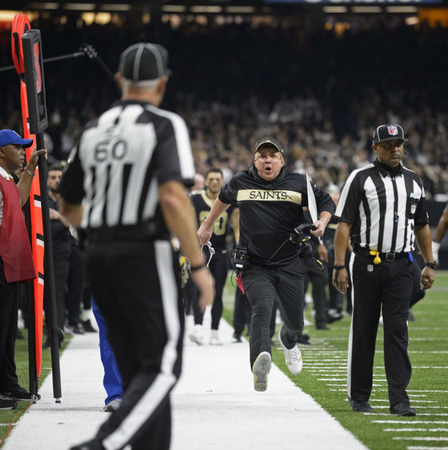 The officials who didn't call a blatant pass interference penalty late in the Saints' loss to the Rams were met with outrage -- as was one official who was nowhere near the field.

Phil McKinnely, a regular on referee Bill Vinovich's crew, was wrongly attributed as the down judge on the field shown in images looking in the direction of Saints receiver Tommylee Lewis as he was tackled early by a Rams defender.

But the down judge for the NFC Championship was Patrick Turner, who was near the play and is normally on referee Tony Corrente's crew. The line judge — Gary Cavaletto, a regular of Vinovich's crew — was also near the play, and he was the subject of Saints coach Sean Payton's intense reaction upon seeing there was no penalty. ...