Offline
Having been around for a while, it's hard not to feel a little sympathy for the Bucs fans and Falcons fans, especially the Bucs. These teams in the past were almost as bad as the Saints used to be. It's hard for me to just sport-trash the Falcons.

How good are the Falcons this year? I thought GB was going take them down. They look awfully good in all major areas and Smith is a top notch coach. Right now, they have SB appearance written all over them.

How much of this is talent and how much is confidence? What will happen if they fall on the road. How will this impact their confidence? We can play ostrich, but they are quite real and Ryan is money in the clutch. Lots of times it takes a QB a few times to get their cool under playoff pressure before they are ready to lead a SB team. We will see with Ryan.

We have a huge task in front of this. I don't think we make it to the SB if we have to play in cold weather twice in the playoffs. I guess we just have to run the table. Just two obstacles in the way: Ravens in the cold and the Falcons in their dome who are 19-1 with Ryan.

Offline
Not that good.

Bonchie - You really know pro football. Do you really feel that they are weaker than their record or is there some Saints emotion? 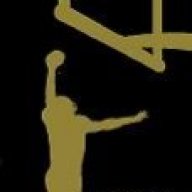 Offline
Product of their schedule.

Swimmer said:
Bonchie - You really know pro football. Do you really feel that they are weaker than their record or is there some Saints emotion?
Click to expand...

I really think they are weaker then their record.

Nothing about them screams dominant to me. They look like a team who plays everyone to the wire who hasn't had the bad breaks go against them yet. That'll catch up to them. Noway do they win out. Even really good teams who continually let other teams hang around get bit eventually.

This thread is on the way to BTL, so, once again, real quick:


St. PJ said:
The Falcons have a solid gameplan. It comes down to "do you have the players who not only are talented enough to execute against them, but focused enough"?

Becuase when I watched the Falcons today and in the overtime loss, I saw a team that doesn't hurt itself. Conservative-- sure. But what you do doesn't matter nearly as much as how well you do it. And the Falcons execute their plan better than anyone else right now. The Falcons are playing the best football right now, better than New England, and better than the Jets.

I hated to say that, but it's true. You want to beat Atlanta? Take them out of their comfort zone. They are most comfortable in a one possession game because it allows them to stay balanced. Even if the run isn't going for much, its enough of a viable threat that you really don't know what's coming next.

So for the Saints (for example) to beat Atlanta, in Atlanta, they have to play mistake free football. I don't care if Sean Payton shows enough threat of balance or if he throws it like there is no running game, they just have to be mistake free. Despite GreenBay's lack of a RB, if Rodgers doesn't fumble on the goaline, that game is entirely different. And despite how our offense played in the first meeting, if we don't turn it over 3 times and miss a FG, we win.

But that's the thing about these Falcons. They find a way to win, and you can argue that the other team doesn't get beat by them and instead beats themselves, but Atlanta is the common denominator and they are forcing the other team into these mistakes. You don't have to be aggressive when the other team knows you are going to eat half a quarter away and probably come up with points on a given drive.

A methodical, slow paced time consuming drive wears out the other defense and is frankly demoralizing through the course of a game. So you better be sure you make each of your possessions count. And Matty Ice shouldn't be the name of the QB, but the FG kicker. That dude is money.
Click to expand... 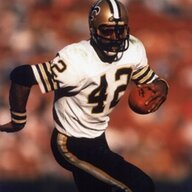 Offline
They're playing well right now. I think they'll remember that they're just the Falcons before it's over though

Offline
With their home record the past 3 years, and the fact they have a legitimate shot at homefield, they have to be feared (even if only slightly).

The problem I have with them, is that they don't appear to have a single aspect of their game that they're dominant in.

When you look across the board at their stats, and while "stats are for losers" nothing stands out and says "That's why they win games"

How many legitimate pro bowlers can you pick out of that team? Not many. 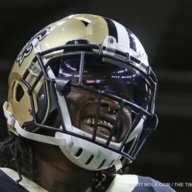 Offline
Well, they're 9-2 so obviously they are very good. They're balanced, have a good enough D, and play well at home. Not to mention, alot of the breaks are falling their way. (Sounds alot like a team from 2009). And there's nothing wrong with that. Any coach whose won a Superbowl will tell you that getting lucky breaks is part of being successful.

I will never like the Falcons but they're well-coached and talented.

BoNcHiE said:
I really think they are weaker then their record.

Nothing about them screams dominant to me. They look like a team who plays everyone to the wire who hasn't had the bad breaks go against them yet. That'll catch up to them. Noway do they win out. Even really good teams who continually let other teams hang around get bit eventually.
Click to expand...

You don't have to answer, just think about it.

Honestly. If this was the Saints we were talking about, is there no chance you would respond with something to the effect of "No matter what, this team just finds a way to win"?

Because if the Falcons are so overrated, when do they start losing? We're running out of weeks here.

It doesn't make anyone on this board less of a Saints fan to admit that the Falcons are not just good, they're damn good.

Swimmer, I take exception to your idea that we should somehow sympathize with Falcons fans. That is an incorrect statement. All the rest, yes. Not that. 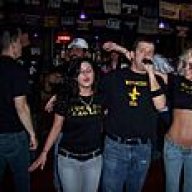 Offline
they are what the record says. give them props, dont hate like they did to us last year. We are better fans then that. Our disvsion is one of teh toughest in the league! minus carolina

This thread is on the way to BTL, so, once again, real quick:
Click to expand...

Why should a discussion of the quality of our strongest divisional opponent go BTL? This seems like a more sensible topic than most on the SSF. And we don't get to say that about Swimmer's threads very often.

Offline
Probably not good enough to win at least 3 games in the playoffs. That's a different kind of pressure.

bradman1965 said:
Probably not good enough to win at least 3 games in the playoffs. That's a different kind of pressure.
Click to expand...

People said the same thing about the Saints last year and we did. Just saying....
Show hidden low quality content