OK I started playing football here in Ireland but..... (1 Viewer)

Offline
Im disillusioned with it. I joined a team here about 5 weeks ago. They straight up put me in the Offensive line!!! Im 5 ft 10 Inches & weigh about 200 pounds. I have no idea why they put me there but went along with it anyway. Im hating it now & its crunch time. Not only that but we had to pay for all the gear, i thought they would provide that etc. My friend joined too & last week we went to practice (waiting about Town for 3 hours after a days work too), it was raining & very windy & freezing., We didnt get to practice in one down or play as it became apparent the coach forgot about us standing next to him. Apparently he was focussing on the starters for the first game of the season in a weeks time. The crunch is on this weekend as we have to hand over the equivalent of about 300 dollars for the annual fees in order to play. Is this worth it at my age? I dont want to seem like a quitter but im no lineman although i have had my moments.I would only plan on playing for one season anyway which is as a backup for 8 games where i would probably get playing if the game is already won if you understand.
Do any of you here have any tales of learning to play etc, coaches not acknowledging you etc?
Its not like we have a lot of depth as over here the team consists only of people who want to play in the area. The problem is i dont want this experience interfering with my enjoyment of watching the NFL or Saints games. I know i might sound silly but its way too expensive & takes up a lot of my time if i keep it up.
What do you all think?

Offline
football is a great game to play, but i can not imagine suiting up after 10 years much less never playing before..if you dont like it..get out!!!! it cant be any fun playing out of position and never getting any playing time..and if the coach isnt bothering to coach you up, it doesnt seem like your leaving will negatively cost the team anyway..but if you do stick it out, you may just enjoy yourself...good luck either way

Offline
Irish, take some advice from a friend. this football is going to cut into your beer money and pub time. if your not having fun drop out. take up a sport where you can drink and play at the same time like bowling or golf. less stress on the body and much more fun than being cold and wet and having some guy smack you in the face as he runs over you. 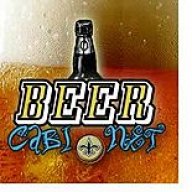 Offline
at 33 you will probably have alot more fun inviting some friends over, drinking beer, and playing a little back yard football. FOR FREE! 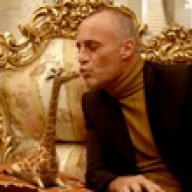 Offline
What about flag football?

If there are a number of folks in the same frame of mind as you, start a flag football league. You'll get a good amount of enjoyment out of that and still get to learn the game without all the bumps and bruises or $$ for equipement. All you need for flag football is a pair of cleats, a ball, and the flag belts. The best part is that in flag football all eight offensive players are eligible to receive a pass, so it doesn't suck so bad to be an offensive lineman if you get stuck with that again. Here's where you can find a description of the game:
Flag football - Wikipedia, the free encyclopedia 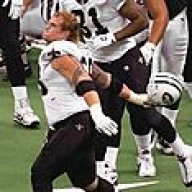 Offline
Irish, I always told my sons that if you committed to do something and you had a change of heart for whatever reason, at least stick with it until the end of the season. Go talk to your coach to see what his plans are for you and inquire about possibly changing positions since I don't think 5'11 200 lineman are going to be very successful. You may find in your discussion with him an opportunity to compete for another position. If the discussion doesn't go well, you will at least know where you stand and can then decide whether or not it is worth sticking it out. Good luck!

Offline
Yeah I feel your pain man, OL is the worst when you wanna just have some fun. When I was like 10 years old they made me play OL ( and I am SKINNY) just cause I was taller than other kids. I quit. 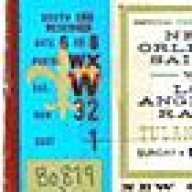 Offline
Thank you folks!! I just thought it would be interesting to see & on the first day they put me with the linemen & my friend too. Redlands & Batman you have met me & know my size. An Irish offensive line isnt that big but im still at least two inches & easily three stone lighter than the rest. Ive given my all too but just end up on my backside about once every ten plays or so & probably actually stop someone about three out of every ten. Problem is all the receivers & qb have been practicing since November 07 & i cant really learn all in a short space of time. Thing is the league this year has a development league which is 8 a side & i have been told im a starter there with my friend so as in the future we can play on the first team. As you can see im 33 so is there a point trying to be one for the future!!! Its really depressing me too as part of me wants to hang in but another would just rather sit in front of the fire etc. Catch 22. Also our team is a favourite for the annual Shamrock Bowl over here.The money is a killer though, as does getting up for training on a sunday morning at 9 am. Oh yeah i was also given a very thick playbook to learn as well. Way too much hard work.

Darts sounds good & so does pool or snooker but i already play these here.
Maybe i could drink whisky before practice & get really fired up?!!!! 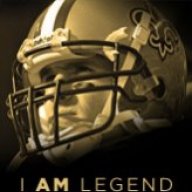 I also race RC cars every now and then.

I'm just curious what the average age is with the people you are playing with is. Over here in the states, guys our age play things like softball and kickball(great beer drinking sport!!!)

Offline
Not everyone can be a QB or RB or WR. If you really want to play football for recreation and have the ability to compete in a "glamour" position, try flag football.

Offline
Im 40 and I play Hockey over here state-side. I play in the A-League and I didnt start playing Hockey until I was about 32, so I am not as good as all the Canadians and Youth that are on my team. What this basically means is that in a close game at the end of the game I get to ride the pine. Nothing wrong with that I know it going in. At least in hockey though even the scrubs get some ice time. I end up being kind of a checking line kind of a guy (in a no check league) where I can harass the oposition and wear them down so they arent fresh in the waning moments of the game. I rather enjoy it.

My recommendation is that you stick out if its not a big financial burden. At the very least you can enjoy the learning experience and the comradre of your teammates.

Also, the OLine is a great position which I think you will gain a lot of respect for if you stick it out for a year. The RB and QB are absolutely nothing without you.

Also dont worry so much about the weight and size. If you really work at it you will find that OLine is more about leverage and footwork then size. Being shorter actually gives you an advantage on leverage, but only if you footwork and technique is real good. I had a friend who was an All Conference Guard in a smaller school in Kansas. He wasnt that big relatively speaking, but was talented enough to get a few pro-invites. He just chose not to go and decided to go into coaching and teaching instead.

Give it a chance if you are so inclined and you might have some fun with it. 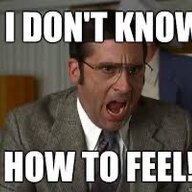 Offline
I'd suggest you ditch the things that don't make you happy. Football is the greatest sport on Earth, but it's nothing but heartache if you don't have fun while you do it.

Instead of this expensive league, why don't you start your own flag football tournament or something? No need for expensive equipment, and you can play whatever position you want!
Show hidden low quality content