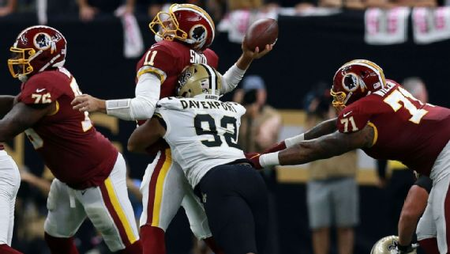 METAIRIE, La. -- Monday night was all about the old vet, Drew Brees, giving one of the best performances of his 18-year career while breaking the NFL record for career passing yards.

But the young guys had a pretty awesome night, too.

Rookie defensive end Marcus Davenport and rookie receiver Tre'Quan Smith had breakout performances during the New Orleans Saints' 43-19 rout of the Washington Redskins -- a promising sign for a 4-1 team on the rise heading into the Week 6 bye.

The Saints didn't get much quantity out of this year's draft class, having already cut four of their seven picks. So it's nice to see this level of quality out of their top two selections. ...