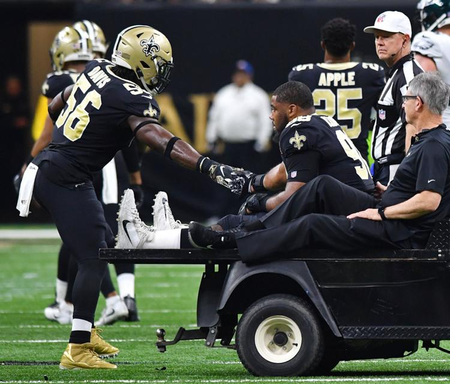 While an MRI is scheduled to confirm the injury to Saints DT Sheldon Rankins, a teammate familiar with the situation said he knew immdiately what happened.

Rankins went down with a leg injury in the first half of the Saints' playoff win over the Eagles.

"When he went down, I saw what he was holding, saw the way his leg was, the way his foot was turned. I had a feeling that was it, but I didn’t want to expect the worst," said teammate Alex Okafor, who suffered a torn Achilles of his own last season.

Rankins was carted off the field. He said he was "devastated" for his teammate, but offered words of encouragement, aided by his own insight into the rehab process.

"Achilles injuries aren’t what they used to be. They aren’t career enders," Okafor said. "They’re just a little bump in the road. I know he’ll be all right. He still has the best ball in front of him just because the dude he is." ...