Opinion: Roger Goodell should be a hero to New Orleans, but he can't get out of his own way (1 Viewer) 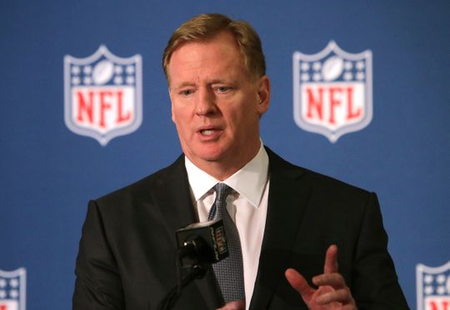 By Nate Scott, For The Win | USA Today

It seems impossible to remember this, but Roger Goodell was once a hero in the city of New Orleans.

Well, maybe not a hero, he was loved in certain, knowing pockets of the city for what he did in keeping the Saints in New Orleans after Hurricane Katrina (and the man-made issues related to disaster preparedness) destroyed much of the city in 2005.

Goodell, then acting as the COO and the No. 2 man in the NFL behind commissioner Paul Tagliabue, led the charge within the league to ensure that the team remained in New Orleans and was not moved to San Antonio, as was reportedly being considered strongly by Saints owner Tom Benson.

Goodell argued passionately on behalf of the city of New Orleans, then led the charge within the league to re-open the Superdome, working hand-in-hand with the Superdome staff to get the building ready for fans just a year after it had been turned into a nightmarish refuge for people stranded in the city after the storm. Few in the league cared as much as Goodell did. He was committed to keeping the NFL in NOLA, and when plenty of other people within the league probably thought it was too much work, or impossible, and the team should just move to San Antonio, he remained steadfast. ...