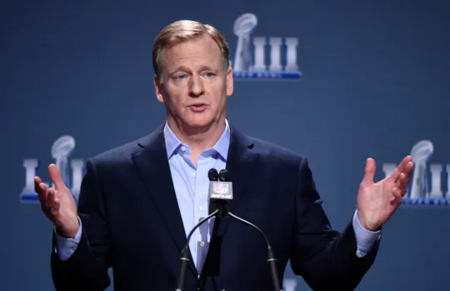 ATLANTA — Roger Goodell is the master of double talk and untruths.

The NFL commissioner held his annual news conference at the Super Bowl on Wednesday, and there will be no bigger waste of time this week. Which is saying something, given the circus that “Media Night” has become.

Anyone hoping to get a straight answer out of Goodell on, well, anything, left sorely disappointed. He offered nothing to reassure fans that the critical no-call in the NFC Championship Game would not happen again, and made no apologies for taking 10 days to address the debacle publicly.

Pressed on the NFL’s deafening silence when New Orleans Saints fans were venting their rage in legal action and on billboards, Goodell said – with a straight face, mind you – that the league had “addressed this immediately after the game.” Sorry, talking to Saints coach Sean Payton and leaving him to appease the masses doesn’t cut it. Last time I checked, Payton’s title is coach not commissioner, and he’s not getting $32 million to be the face and voice of the NFL. ...