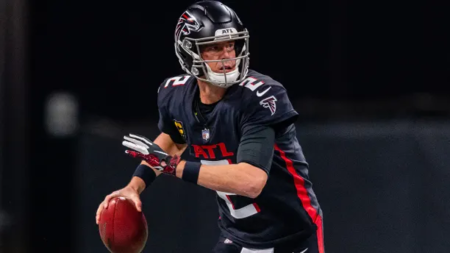 When Matt Ryan and the Atlanta Falcons (4-7) last saw the New Orleans Saints (9-2), it was a game that didn't go as planned. Ryan was sacked a season-high eight times, three of them coming from All-Pro defensive end Cam Jordan.

Ryan is hoping for a different outcome on Sunday at Mercedes-Benz Stadium and knows the responsibility of blocking Jordan so he doesn't wreck the game doesn't fall on just one person.

He's tough, there's no question about it," Ryan said. "Unfortunately I've got to know him well. Our guys will do a good job, we'll have a good plan. We've all got to do our part though, we've all got to pull our weight. It's going to be a collective effort for us to do better than the last time we saw these guys."

Jordan has sacked Ryan 21 times in his career, the most a single player has sacked a quarterback in NFL history.