Opponents View: Saints Get Offensive Core Back Together for Playoffs (1 Viewer) 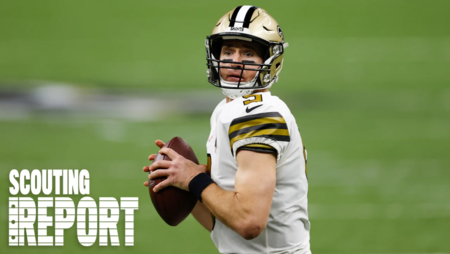 Last week, the Tampa Bay Buccaneers had to do some emergency scouting on a quarterback they had barely seen before. Washington's Taylor Heinicke, he of one career NFL start and one pass against the Buccaneers in 2018, was expected to get some action in relief of Alex Smith in the Wild Card game at FedExField. Instead he played the whole game and kept the Football Team competitive in an eventual 31-23 Bucs win. It was also Tampa Bay's first exposure to the likes of Antonio Gibson, Terry McLaurin, Chase Young and Montez Sweat.

There's no such issue this week as Tampa Bay moves on to New Orleans in the Divisional Round. The Buccaneers know Drew Brees as well as any opponent in the NFL. They are more than familiar with the likes of Alvin Kamara, Michael Thomas, Cam Jordan and Marshon Lattimore. The Saints are the devil the Buccaneers know.

It won't be hard for the Buccaneers to scout the Saints. Stopping them is another matter. They surely feel the same way about Tom Brady, Mike Evans and company. The Bucs and Saints meet for the third time this season and Tampa Bay will be looking to write a new script after New Orleans gave the Bucs their only two losses by more than three points all season. ...