Vinny Testaverde, QB — New England Patriots
Nov. 14, 4:57 p.m.
Testaverde, who came out of retirement last season to help the Jets, was signed on Tuesday by New England. The 43-year-old quarterback has played 19 NFL seasons and is sixth in NFL history with 45,252 yards passing. He becomes the third quarterback on the Patriots roster, behind Tom Brady and second-year man Matt Cassel.

Maybe they couldn't agree to terms with Jeff George?

Offline
First ATL finds Anderson's Chambers and Revives him from his Tomb, now this?

Online
why would the pats want to sign testaverde??

That or fourcade is too fat. 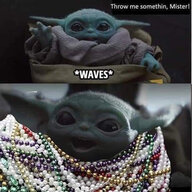 Offline
New England is now the dying ground for ancient QB's. I wonder what super trick play he has lined up for Testaverde a la Flutie's drop kick.

Offline
I heard this on the way home from work. What???
Old Vinny is back, again. Who was the backup behind Brady anyway? Oh well.

Offline
Cassel (who backed up Leinart and maybe Palmer? at USC) is the Pats#2. Looked alright in preseason.

But the signing of Testaverde baffles me.

Offline
Wasn't his rookie year back when they played with leather helmets?

Did they clock his 40 time with a sundial?
Show hidden low quality content