Offline
What the hades is it and how do i start. 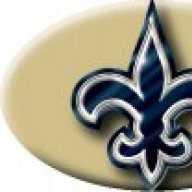 Offline
Phenyl-2-Propanone (Phenyacetone, P2P) can be made in a single step by a free-radical reaction between benzene and acetone [1,2]. The reaction relies upon the special oxidative powers of manganese(III)acetate, Mn(OAc)3. Normally when a compound is oxidized, two electrons are removed from the compound (forming a charged ion), but manganese(III)acetate is able to remove only one, creating a very reactive free radical, which reacts with almost anything nearby.

In this case, the manganese(III)acetate reacts with acetone to form an acetone radical, acetic acid and manganese(II)acetate:

The formed acetone radical immediately reacts with a benzene molecule, forming a non-aromatic intermediate radical, which with the aid of a second molecule of manganese(III)acetate is oxidatively deprotonated to form phenyl-2-propanone:


There are other methods that may be easier for a beginner, but I would carefully weigh how much you need the cheap meth/ecstasy before attempting DIY.

Offline
Ok, I guess the jokes over Pbody: go to www.download.com. I'm not expert in this field but Limewire is popular and the torrents.Just look at the sites most popular downloads and you'll find what everyone else is probably using.