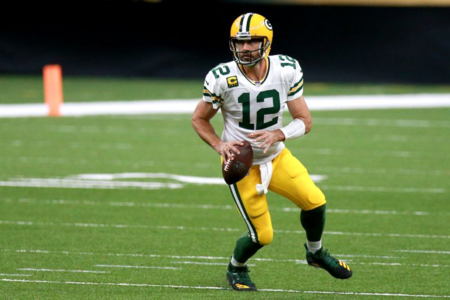 Sunday night marked a stark contrast of styles between a pair of aging NFL quarterbacks.

Score this one for the long ball.

The Green Bay Packers rode the big arm of Aaron Rodgers to multiple touchdowns in a 37-30 win over the New Orleans Saints. While Rodgers was slinging it, Drew Brees dinked and dunked to move the Saints downfield.

Rodgers finished the night completing 21-of 32 passes for 283 yards and three touchdowns. Green Bay’s first touchdown arrived after he connected with Allen Lazard on a 48-yard bomb in the second quarter.

Rodgers found Lazard again on a 72-yard pass early in the third quarter to set up the go-ahead touchdown as Green Bay took a 20-17 lead.