Packers vs. Saints: 5 things to watch and a prediction (1 Viewer) 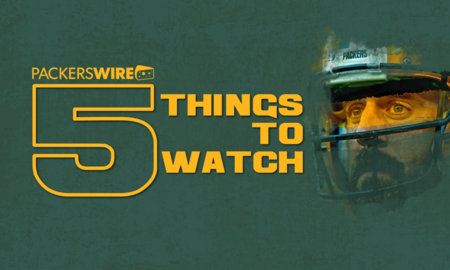 The Green Bay Packers have a chance to score a signature win and get to 3-0 to start the 2020 season when they travel to New Orleans to play the Saints on “Sunday Night Football” in Week 3.

The Packers and Saints both won 13 regular-season games last season, and both teams are quarterbacked by future first-ballot Hall of Famers.

Aaron Rodgers has never won in New Orleans. In fact, the Packers haven’t won a regular-season game at the Superdome since 1995.

Here are five things to watch and a prediction for SNF:

Aaron Rodgers has been getting the football out of his hands on time and in rhythm to start the 2020 season, but a couple of factors could make his life more difficult on Sunday. The Saints have three veteran cornerbacks and three versatile safeties, and they’ll have the best pass-rush the Packers have faced this season. Are the Packers really this good in the passing game, with a veteran quarterback finally comfortable in the scheme and a bunch of improved receivers? Or were they aided greatly by playing two defenses with young cornerbacks and subpar pass-rushes? Sunday should help provide answers. If Davante Adams doesn’t play, Marquez Valdes-Scantling and Allen Lazard will be in the spotlight. ...