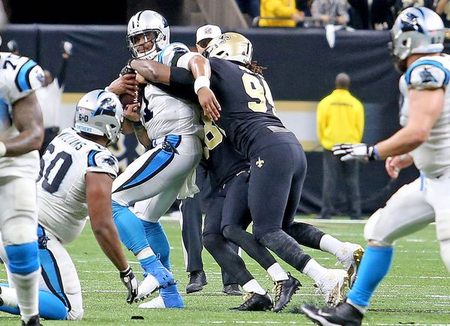 During Newton’s news conference in Charlotte on Thursday, a reporter asked about the Saints sending him a broom last year after a 3-0 sweep that included the Saints beating the Panthers in the wild card round of the playoffs.

It’s unclear the origin of the broom he and the reporter were discussing, but at least one fan sent a broom to Newton last year after the postseason game.

Newton said he keeps the broom, which is still wrapped in its packaging, in his locker, and it provides a daily reminder of that disrespect. He hopes to have a chance to return it to the sender. ...