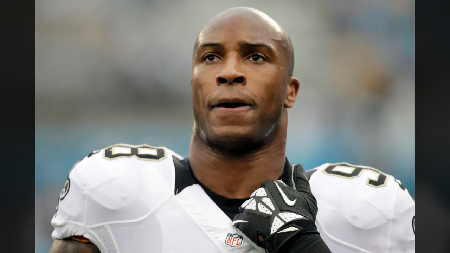 By Rick Cleveland, special to NewOrleansSaints.com

Madison, Miss. – Parys Haralson played linebacker for the New Orleans Saints for only two seasons (2013-14), but the easy-going Mississippi native left an indelible, almost larger-than-life impression on his teammates, who mourn his death and cherish their memories of him.

"One of the best human beings I've ever been around," said three-time Pro Bowl left tackle Terron Armstead, who joined the Saints in 2013 as a rookie at the same time Haralson was obtained in a trade with the San Francisco 49ers. "Parys came to us in my first training camp, and he's one of the ones who put a stamp on me and told me I belonged in this league, and that was after only one week of me practicing against him."

Six-time Pro Bowler Cameron Jordan called Haralson "the ultimate pro on and off the field" and "a great role model," who provided a great deal of "positive energy."

Haralson died at age 37 on Sept. 13, at his home in San Jose, Calif. No official cause of death has been announced. His friends say he died of a heart attack in his sleep. Since then, Haralson has been universally praised by former coaches and teammates from all levels of football – from middle school to the NFL.

"Parys made us a tougher, more physical defense and his leadership was off the charts," said Rob Ryan, the Saints defensive coordinator from 2013 to 2015. "If you remember the Saints had been the worst defense in the league in 2012 and then we finished fourth in 2013. The turnaround began when we got Parys. He made us all better, the players and the coaches. Everybody gravitated toward Parys. He got a sack his first week with us and he became the guy who set the edge in the running game defense. He was a real force. Getting him was pivotal to that defense."