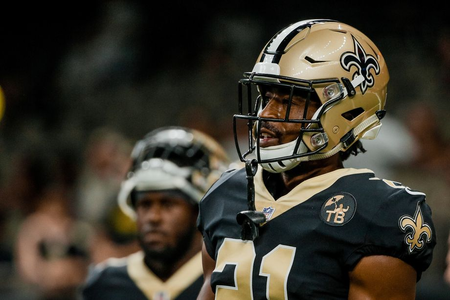 Saints fans haven’t seen Patrick Robinson on the field since he injured his ankle in the team’s second game of the season, a road victory over the Atlanta Falcons.

But the veteran cornerback says he’s on a path to recovery.

“It’s tough, but I just try to stay positive,” Robinson said, via The Advocate. “I’ve learned over the years just playing football on the field, you can’t be negative. You have to just take it as it is. Just get through it. I can’t sit here and pout. I can’t do anything but rehab and do what I have to do to get on the field.”

Robinson said he suffered torn ligaments after being rolled up on in the third quarter of the Saints’ Week 2 overtime win against Atlanta. He was placed on injured reserve on Sept. 25.

“I decided to have the surgery and everything is going well,” Robinson said. “So I’m just trying to get through it. I would say I should be ready to go around March.”

Robinson has previously suffered season ending injuries with the Saints in 2013 (patellar tendon) and the Colts in 2016 (double hernia). ...