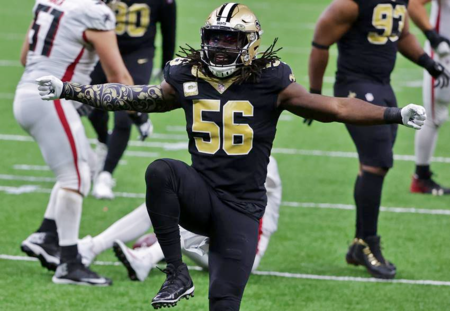 The defensive improvement for the New Orleans Saints from its early season look, chocked full of big penalties and big plays against it, to what it is today, is dramatic.

“The devil, often times, is in the details,” Payton said. “There’s times when you look at things and you say man, we’re close here. You have to start with, we can’t have like two or three dropped coverages in a game. In other words, you can play lights out but if you drop one or two of them and all of a sudden they result in big plays, that’s going to do you in every time so we’ve done a great job eliminating, for the most part, the big chunk plays.”

Payton sees his defense coming together in all phases.

“I just think that overall, we found a niche,” Payton said. “Some of its in nickel, some of its in dime. Some of it has been in an odd spacing look but the rush and the coverage are playing awfully well together and it’s probably a result, a little bit, of winning on first and second down, that we’re getting into these third and longer situations.” ...