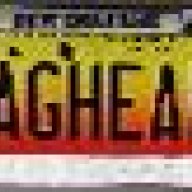 Offline
Will recap when it is over.

NEBaghead said:
Will recap when it is over.
Click to expand...

Thanks for the heads up.
OP

Got to get the players to digest the loss. Get them in to review the film and get ready for the Bucs.

Talked about the season being 4 Qtrs and the players know the goal is to be 3 and 1 every quarter. They know that they have to win against Tampa to meet that goal.

Bush ankle is not a big deal. He called it a "Light" sprain. Said it was the same ankle that was bothering him 3 weeks ago. Will be getting treatment today.

Said that we had some chances early in the game but we made lots of mistakes. Had enough penalties yesterday for the rest of the season. Said they had come out flat. Took blame for the gadget play with Reggie Bush.

Said he spoke to Ray Lewis after the game and told him he would be glad when he retires. Said he would need to send him something.

Offline
The Ravens just played better ball. We had more turnovers and penalties than any other game. We are not that good of a team to overcome those mistakes. Maybe this was a wakeup call that was needed.

Offline
I think two things happened yesterday: the Ravens played their usual brand of tough defense, and we made some killer mistakes (penalties + turnovers) at crucial times during the course of the game.

I was encouraged by our WR's ability to roll up impressive numbers against a very good Baltimore secondary, but not by much else.

The only solace I can take in this game is that we didn't lose after playing well, we lost because we played like crap. The mistakes made have not been happening during the first part of the season, and are very correctable.

I think I, like many here, saw a game like this coming. We've played very good, sound football with a minimum of mental errors through the first 6 games of the season. Often times when a good team gets on a roll, though, there is that one game where they come out and, as a whole, totally **** the bed.

Houston HOUDat said:
The only solace I can take in this game is that we didn't lose after playing well, we lost because we played like crap. The mistakes made have not been happening during the first part of the season, and are very correctable.
Click to expand...

Exactly.. I would much rather lose a game like that than lose by a last second field goal. I think we needed a game like this as a wake-up call and it's not like we got dominated by a bad team. The Ravens have been a team just waiting for some symblance of an offense to take them to the next level and although they don't have a great offense by any means, they don't need to do much more than what they did to get lots of W's.

The Ravens were the more desperate team and they played like it. 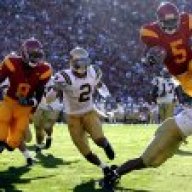 Offline
I can accept losing to a good team. The problem I had was all the mental errors and turnovers. It was very out of character but that is what happens sometimes coming out of a bye week.
Joe and Marcus were very impressive yesterday.
I was also impressed with the integrity of Coach Payton. He took the blame for the loss and didn't whine and complain like other coaches we had in the past.
He will get it corrected and we will get back to playing the way we were before the break.
The Raven's defense looked like they had 20 players on the field. They are a very good team.

Offline
I kinda felt this was going to be a let down game. If there was a game to lose, however this one was it. Next week in in Tampa is going to be dogfight, but I don't have a worry in the world about it. This was the kick in the arse they needed. Be prepared for a nice swing in the next 3 games. Payton, doesn't take embarrassment easily. Their stuff is going to be wired tight starting next Sunday.

MLU said:
I don't know. The loss to the Panthers was a lot easier for me to swallow than this one and I can't stand losing to the Panthers...
Click to expand...

I take it as just one of those days/games. It happens in every sport.... we played bad, but even when we tried to get anything going the tips/bounces not only didn't go our way, but went perfect for the Ravens.

I take it more as an anomaly than anything else and hopefully is a good wake up call for us.

Offline
Neither the Panthers nor the Ravens losses bothered me nearly as much as if we'd just been dominated by the opposition. We were very competitive in the Panthers' game; we basically handed yesterday's game over to the Ravens, by virtue of the countless penalties and turnovers.

This is not to say that the Ravens didn't bring their "A-game", but rather that we left ours laying around somewhere in Week 6.

Houston HOUDat said:
Neither the Panthers nor the Ravens losses bothered me nearly as much as if we'd just been dominated by the opposition. We were very competitive in the Panthers' game; we basically handed yesterday's game over to the Ravens, by virtue of the countless penalties and turnovers.

This is not to say that the Ravens didn't bring their "A-game", but rather that we left ours laying around somewhere in Week 6.
Click to expand...

I agree here. I still saw some of the good characterics in this game that I I saw in the first 6, but they were shadowed by the mistakes. I do think, however, that we were bullied by a huge O-line, and big running back on the downside of his career. JMHO.

Offline
I heard him this morning, you can hear him free every monday at 8am on the internet at sirius.com nfl radio , along with many other great interviews
Show hidden low quality content