Payton says Taysom Hill will be Saints' No. 2 QB (1 Viewer) 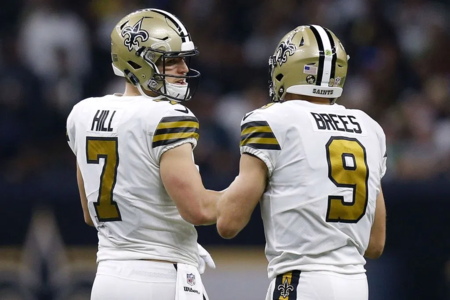 Taysom Hill believes he can be a franchise quarterback.

With Drew Brees returning to the Saints, at the very least, Hill's ascension to franchise signal-caller will have to wait, but apparently his promotion to second-string QB is on its way.

In an interview with WWL Radio, Saints coach Sean Payton said Hill will go into the 2020 season as the team's backup quarterback.

Payton added he was "cleared" on Tuesday after being diagnosed with COVID-19 last week, stating, "I"m feeling a lot better."

The dynamic Hill's carried, caught and thrown his way into fandom as a Swiss Army knife-like option for Payton's exciting brand of offense. ...