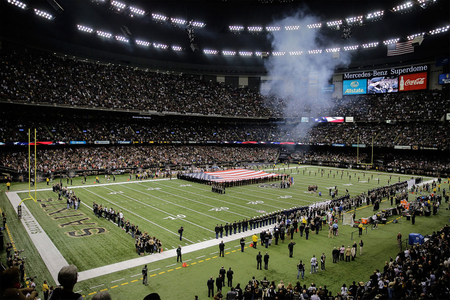 It's not like New Orleans Saints fans really need much help getting amped up for Sunday's NFC Championship tilt against the Los Angeles Rams at the Mercedes-Benz Superdome.

But they're going to get it anyway, and from some noteworthy performers.

The classic rock band Cheap Trick, members of the Rock and Roll Hall of Fame since 2016, will perform a free pre-game concert in Champions Square to rally the crowd before they head into the Dome, the Saints announced late Wednesday (Jan. 16).

The performance is scheduled to begin at 11:30 a.m., according the Saints news release.

And that's just the start of the afternoon's game-day entertainment. ...

What NFL experts are predicting for Sunday’s Patriots-Saints game