Miami Dolphins defensive end Jason Taylor, currently a contestant on that showcase for show business has-beens and wannabes known as Dancing with the Stars, will announce on Tuesday night’s broadcast his retirement from the National Football League.

And while many have assumed that Taylor joined the ABC dancing joint for the sole purpose of getting himself in line for a post-football career in acting and/or infomercials, he has fallen in love with dancing, which he is now referring to simply as “the dance.”

“I love the dance,” Taylor recently said. “No matter whether I reach my dream of winning the Lombardi Trophy of the entertainment world, I plan to move to New York and pursue a career in the dance.

“I’ll start from the bottom. I’ll show up for every audition. I just need to find a good set of leg warmers, because I’m kind of tall.”
Click to expand...

Offline
I'm now just waiting for APRIL FOOLS. He still has juice in the tank and i doubt he retires
OP

Offline
They HAD to see this coming...


Okay, we’ll admit it.Â The story about Jason Taylor is an April Fool’s joke.​
And, yeah, we said we wouldn’t do any April Fool’s gags this year.Â But that was part of the setup.Â Moving forward, for the rest of the day,Â no April Fool’sÂ jokes.

The Palm Beach Post writes that the phony report “sent a jolt through the media room” at the league meetings, but that the writers assembled there realized based on the quotes from Taylor that the item was a hoax.

The folks at Viking Update weren’t so lucky.Â They bought it hook, line, and leg warmer:Â “Some media sources are reporting that Dolphins defensive end Jason Taylor, currently testing his dignity on ABC-TV's ‘Dancing with the Stars,’ will announce his retirement from football on tonight's show increasing theÂ odds that the Dolphins will select DE Chris Long with the first pick in this yearâ€™s draft.”

Meanwhile, Taco Bill had to chime in on the whole thing.
Click to expand...

Saint Droopy said:
They HAD to see this coming...


Goodness, that pic just scares me. 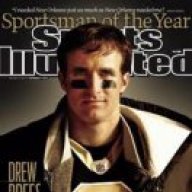