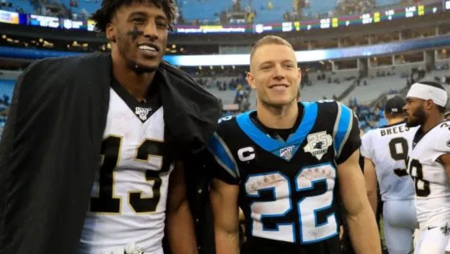 Michael Thomas did something no other player ever has done. He caught 149 passes.

If not for Lamar Jackson‘s special season, Thomas would have a chance to become the first receiver to win MVP honors. As it is, Thomas is PFT’s choice for offensive player of the year.

He beat out Jackson and Panthers running back Christian McCaffrey, who became only the third player in NFL history with 1,000 receiving yards and 1,000 rushing yards. McCaffrey led the league with 2,392 yards from scrimmage and led all non-kickers in scoring with 116 points. ...